This award recognizes those who effectively advance ethical science through significant, innovative contributions to the 3Rs of animal research - Refinement, Replacement and Reduction.

Up to four such awards are presented annually – one each from North America, Europe, the Pacific Rim, and countries outside these three geographic areas.

This work compares the gold standard test for botulinum neurotoxin detection, the mouse bioassay, to a mass-spectrometry (MS) and polymerase chain reaction (PCR) based method that does not use animals.

In addition to sensitivity, several other advantages to this CDC-developed method were identified:

Having validated the MS method, the Biodefense Laboratory no longer uses animals for the detection of botulinum neurotoxin in clinical, food and environmental specimens. However, the impact of this work extends beyond the New York State Department of Health. The investigators have already published, presented their findings at several national and international conferences, and trained public health laboratorians across the United States in the animal-free method. It is their hope that the adoption of mass spectrometry technology in other public health laboratories will result in the development of more tests for different compounds, further reducing clinical laboratory reliance on animals.

The Biodefense Laboratory will use the award to further optimize the sensitivity of their method and to maintain the instrumentation which makes this test and further research studies possible.

NYS DOH does not endorse any instrument/manufacturer.

Acknowledgements: We would like to acknowledge Suzanne Kalb and John Barr from the Centers for Disease Control and Prevention who provided Endopep-MS training, reagents / antibodies, technical knowledge and guidance. This work was supported by National Institutes of Health (U19AI109761). 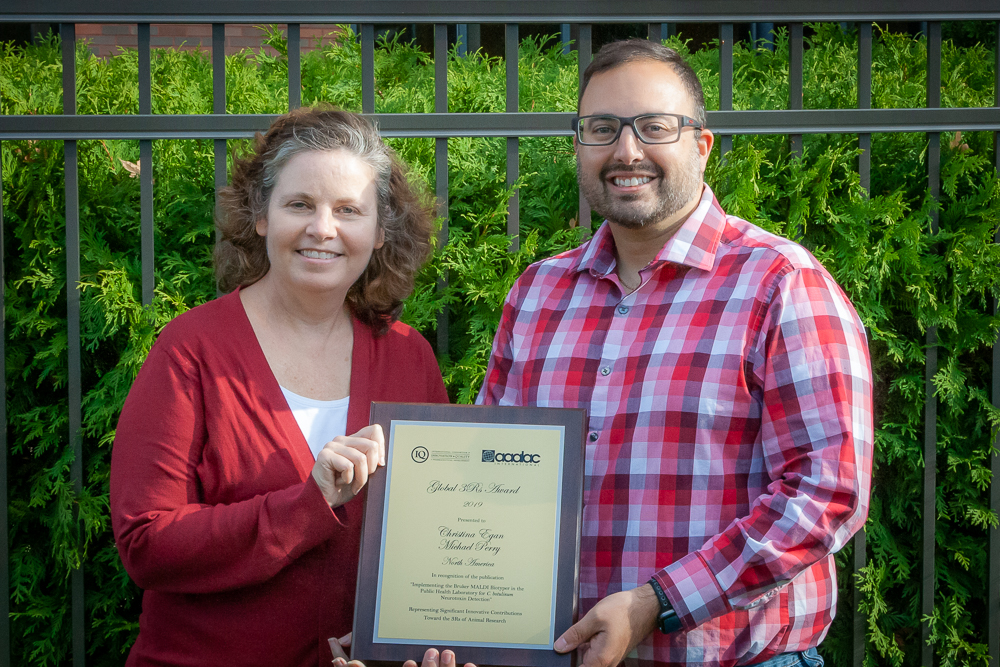