Back to Senior Staff

My interests are developmental and stem cell biology. Specifically, I am interested in the early lineages of the mammalian embryo, how the totipotent cells of the early embryo begin to differentiate into either embryonic or extraembryonic (placental) fates.

My graduate training in regulation of cell division led to my interest in the trophoblast (i.e. placental tissues) lineage. This lineage is the first to differentiate during development, is required for implantation of the embryo into uterine tissue, and thus is absolutely critical for development. I discovered that DP1, part of the E2F transcription factor involved in regulation of S-phase entry, is required for DNA replication in the trophoblast lineages of early mouse embryos. Ablation of the Dp1 gene caused embryonic lethality, but it was not required for division of embryonic stem cells or development of the embryo proper. Furthermore, despite its role as a target of the tumor suppressor pRB, DP1 had no role in tumorigenesis, even in conjunction with deletion of p53.

As a postdoctoral fellow at NIH, my research focused on the TEAD transcription factors, downstream effectors of the MST/Hippo pathway that is involved in organ size control. I determined that TEAD4 is required to establish the trophectoderm, and without it embryos cannot implant. However, like DP1, TEAD4 is also not required for production of embryonic stem cells or development of the embryo. I was also involved in research showing that another TEAD family member, TEAD2, has a role in neural tube closure, and may be critical for proper proliferation.

In addition, I am interested in endoreduplication, replication of the genome without cell division. This is an unusual phenomenon that occurs in few mammalian cell types, but is prevalent in trophoblast derivatives known as giant cells. I created several lines of trophoblast stem cells bearing mutations in proteins that regulate mitosis and DNA replication. I discovered that switching from mitotic cell division in the stem cells to endoreduplication in the giant cells requires inactivation of the CDK1 protein through stabilization of the CDK inhibitors p21 and p57. 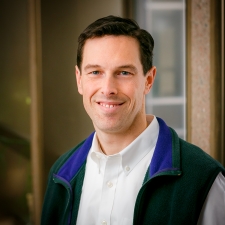