Home » A GHOST at Wadsworth Center

A GHOST at Wadsworth Center

The CDC estimates that between 2.7 and 3.9 million people in the United States have chronic hepatitis C. You might be familiar with the TV announcements that say at least half of those born between 1945 and 1965 don’t know they have HCV, but did you know that HCV infections have risen over 150% in teens and young adults in recent years?

It’s statistics like these that have prompted the launch of the pilot GHOST (Global Hepatitis Outbreak and Surveillance Technology) for molecular surveillance of HCV infection program. The pilot project is a collaboration between the Division of Viral Hepatitis at the Centers for Disease Control and Prevention and the Association of Public Health Laboratories (APHL).

Wadsworth Center’s Bloodborne Virus Laboratory extracts virus from plasma and performs a series of PCR reactions to prepare a DNA library for sequencing by the Center’s Applied Genomic Technologies Core. The Bloodborne Virus Laboratory then enters the data into a web-based application (GHOST) where a quality check is performed before the sequence is compared to data from other specimens.

The results of the analysis are displayed graphically as a bubble diagram in which each person’s viral population is depicted as a circle. When GHOST identifies highly similar viral sequences from two different people, it connects those circles by a line, indicating a transmission link. In the case of an outbreak, many different circles become connected, providing a graphic depiction of the HCV transmission network.

The Bloodborne Virus Laboratory provides feedback on the web-application, improving it in hopes that the same approach could be applied in the fight against transmission of other diseases in the future.

GHOST is just one of CDC’s Advanced Molecular Detection (AMD) projects which merge modern molecular methods (NGS) with bioinformatics to fight disease in new ways. AMD projects are looking at the transmission of other diseases, detecting outbreaks of foodborne diseases sooner, identifying new diseases, detecting antimicrobial resistance and seeing how diseases we vaccinate for are changing genetically so that we can make more effective vaccines. 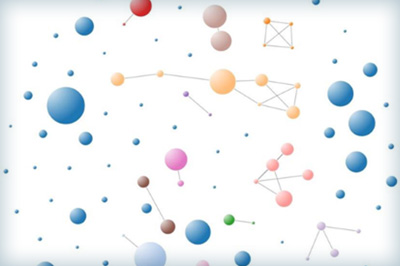