On October 4th, Dr. Frank was named one of three winners of the 2017 Nobel Prize in Chemistry. Dr. Frank shares the prize with Drs. Richard Henderson of the MRC Laboratory of Molecular Biology in Cambridge, England and Jacques Dubochet from the University of Lausanne in Switzerland.

All three scientists contributed to the development of three-dimensional cryo-electron microscopy (or 3D-cryo-EM), a technique that generates 3D images of macromolecular complexes of life’s most basic biomolecules. Dr. Frank’s contribution was an image processing method he developed while working at Wadsworth from 1975 to 2007. The method enables scientists to explore the inner workings of viruses, as well as the cellular components of pathogenic bacteria and humans, all in their natural environment.

What do you remember about working with Dr. Frank?

We had a great time together working in the lab. Dr. Frank’s expertise in 3D cryo-EM methods and my background in biochemistry and molecular biology proved to be highly complementary, and we published more than 30 articles in about seven years. While working with him, I noticed Dr. Frank’s extraordinary ability to recognize his colleagues’ potential and accordingly assign the project. He gave me almost complete academic freedom to work on biological projects within the framework of his funded programs. It worked out very well. I really admired his passion for his work and ability to keep his group at the cutting edge in a quest to push the limits. Working with him were the most enjoyable and productive years of my scientific career.

What did he do while he was here at Wadsworth?

During the first 20 years or so, Dr. Frank was primarily focused on developing the 3D electron microscopy technology, using ribosomes as a test specimen. Ribosomes proved to be an ideal test model for his work because they are asymmetric (irregular shaped) macromolecules that also gave him good contrast in EM under frozen-hydrated conditions, or cryo-EM. Most biological macromolecules and complexes formed during biochemical processes are not structurally symmetrical. Visualizing them was a challenging task, but this is what Dr. Frank achieved here at Wadsworth. 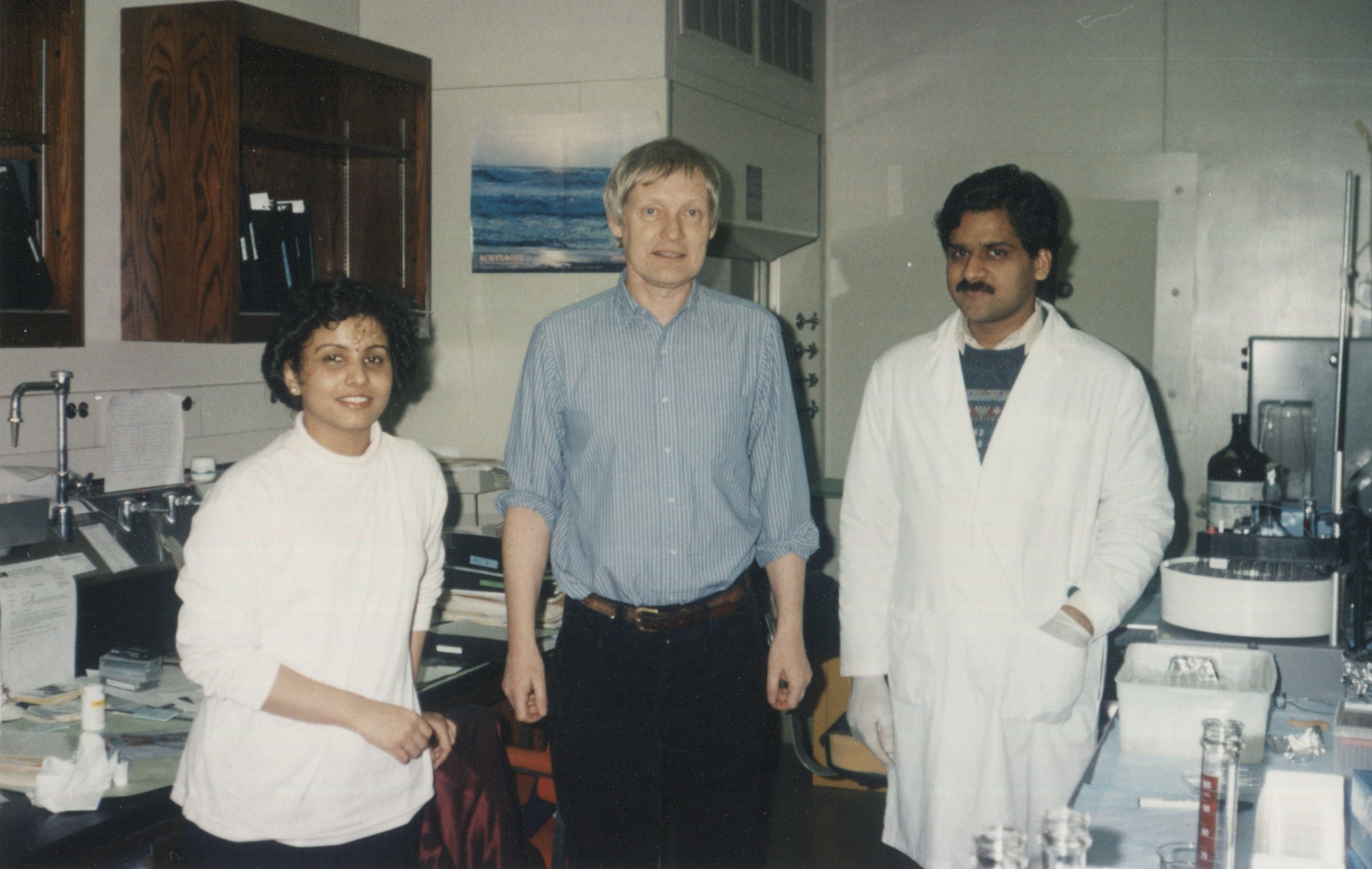 Dr. Manjuli Sharma, left, a research scientist at Wadsworth, with Dr. Joachim Frank, center, and Dr. Rajendra Agrawal in their lab at Wadsworth Center in 1995.

How did your work fit in with his?

When I arrived in 1994 to work with him as a postdoc, my focus was on using his 3D-EM methods to study biological processes, such as protein synthesis. I can honestly say that the biological aspect of his work really took off after I joined his lab. I was working to create functional complexes of the ribosome that show how it works with messenger and transfer RNAs and other factors to make proteins from amino acids, and then generating 3D cryo-EM maps of those functional states. We also developed functional complexes of antibiotics to understand the molecular mechanism of how antibiotics block a particular ribosome function to kill bacteria. In parallel, the group kept improving the methodology of 3D reconstruction and visualization. 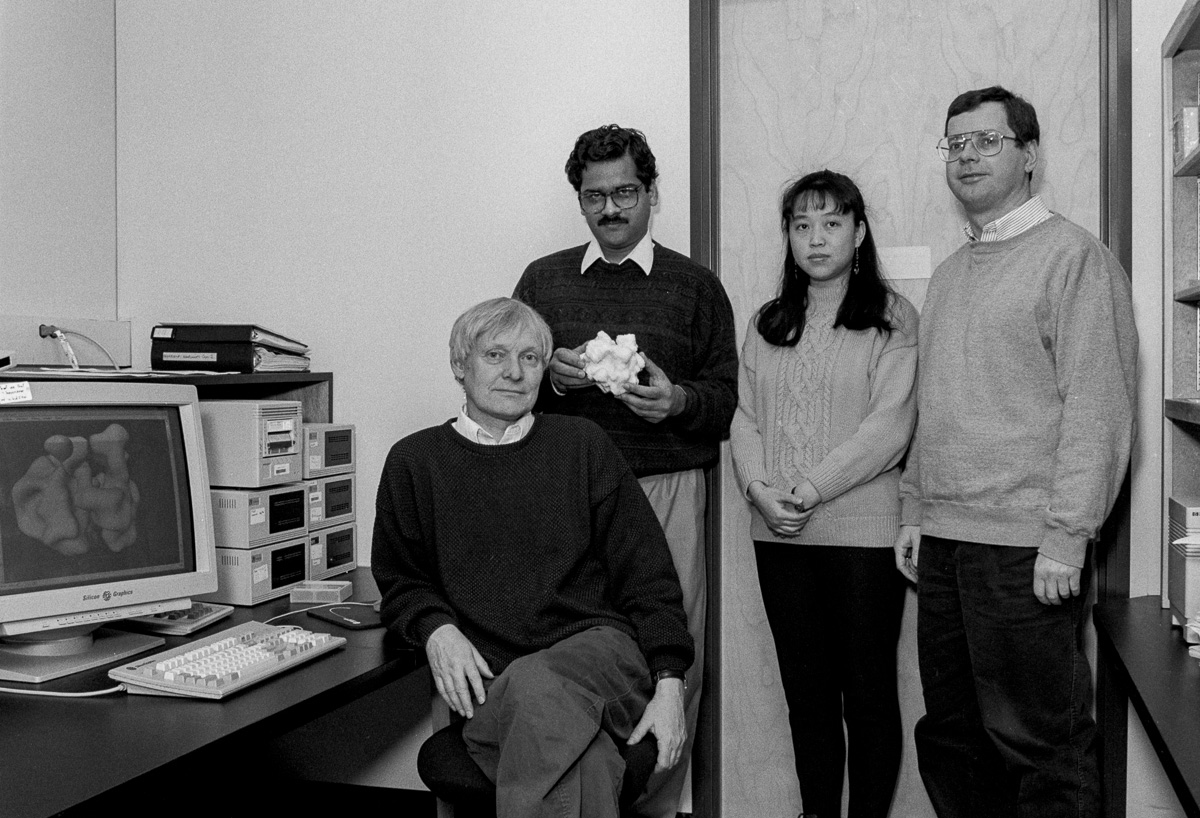 Dr. Joachim Frank, seated, displays a 3D cryo-EM model of the ribosome on a computer in this 1996 photo. He is joined by members of his group: Dr. Rajendra Agrawal, left, who is holding a Styrofoam model of the ribosome derived from cryo-EM images; Yanhong Li, a computer programmer; and Dr. Pawel Penczek, who played a significant role in Dr. Frank’s cryo-EM method development.

How will his work impact science and scientific research?

The impact of his work is enormous. The 3D cryo-EM technology has now reached near-atomic to in some cases atomic resolution. It has emerged as the method of choice for exploring the high-resolution structure of a variety of macromolecular complexes involved in conducting cellular processes. It has opened the door for developing new therapeutics against drug-resistant microorganisms, including pathogenic bacteria, and many other infectious and non-infectious diseases that were previously untenable.

How are you applying this technique in your current research at the Wadsworth Center?

Right now, my group is using 3D cryo-EM to explore the structural biology of various types of ribosomes, including their role in brain diseases, one of them being Fragile X, the most common form of inherited mental retardation. Protein synthesis in the brain appears to be regulated by the interaction between the Fragile X Mental Retardation Protein (or FMRP) and human ribosomes. Defect in FMRP leads to Fragile X Syndrome. Using cryo-EM, we can get a picture of what needs to be disrupted to prevent this defect from happening, which could potentially help pharmaceutical companies develop treatments to prevent Fragile X Syndrome.

My lab also uses the 3D cryo-EM technique to explore why ribosomes from the mycobacteria that causes tuberculosis are resistant to many known antibiotics. 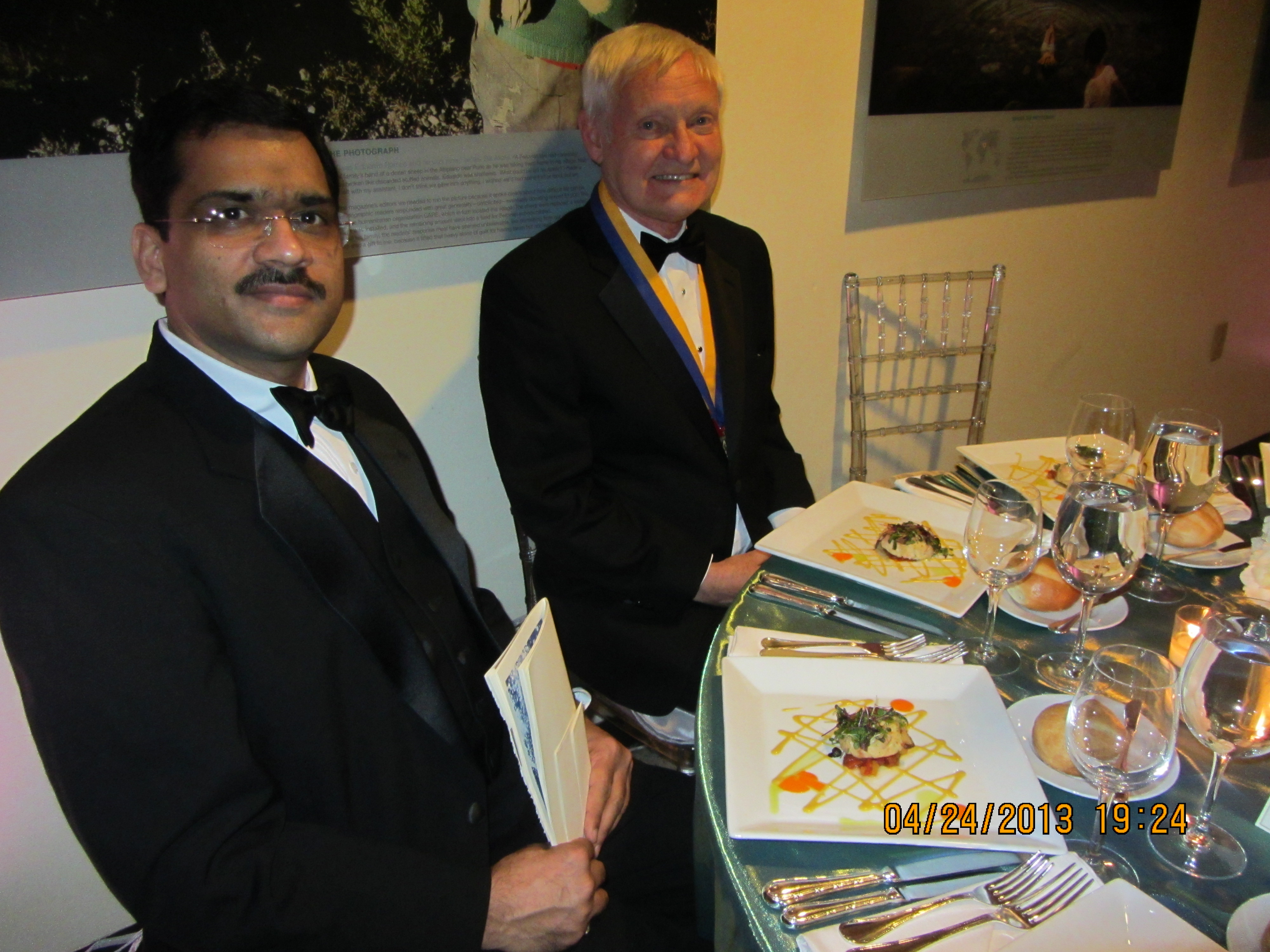 What else can you tell us about Dr. Frank?

Dr. Frank is a genius and a visionary who also has an artistic bent of mind. He sees things coming 10-20 years in advance and prepares for it early on. He is a great human being too, who takes great care of his colleagues. We remain very close friends. Believe it or not, I have had sleepless nights for the last several years during the first week of October in anticipation of an announcement of a Nobel for Joachim. After the announcement of the Nobel Prize, my wife and I were literally in tears and have had goosebumps ever since. We knew he would be very busy dealing with press, so we instead called his wife, Carol. Later, he called me to share this momentous joy and happiness. I was pleasantly surprised and felt honored. I told him, I was not expecting his call. This is how Joachim has been to me all these years. He has even invited me and my wife to Stockholm, Sweden for the Nobel award ceremony to be held in December.